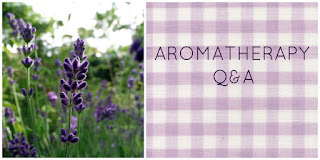 In this week's "Aromatherapy Q&A" we were curious to know how our therapists mentally prepare before treating their clients. So we asked Wynnie Ng, Cherry Lo and Roy Chan to share their preparation methods with us:


"How do you mentally prepare for your massage treatment?"

On APA’s bookshelf: Understanding Hydrolats by Len and Shirley Price 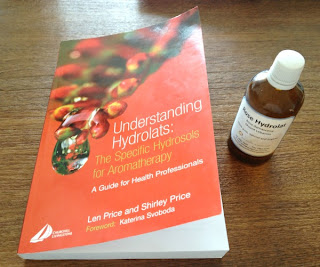 Today we take a closer look at one of our newly arrived books in our library. “Understanding Hydrolats: The Specific Hydrosols for Aromatherapy” is an exhaustive guide for aromatherapy students & graduates as well as health professionals who are interested to learn more about the art of distilled waters and their uses. 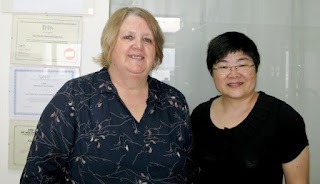 Earlier this week our school had a prominent visitor from the UK. Vivienne Hinks, registered Holistic Aromatherapist and IFPA Principal Lecturer as well as current Chair of Accreditation, stopped by on her school visit tour across Asia.

APA has been an early member of IFPA (The International Federation of Professional Aromatherapists) and was the first accredited school in Hong Kong offering its courses according to IFPA's criteria. Ever since 1999, graduates of the APA Academy have been able to apply for IFPA membership directly with their diploma qualification.

The IFPA is the largest professional aromatherapy practitioners' organisation in the world, and is a strong, respected voice in the field of Complementary and Alternative Medicine (CAM).
Read more »
Posted by APA at 6:52 PM No comments:

Welcome to our new monthly blog series featuring guest articles by internationally renowned aromatherapists who are going to share a glimpse of their expansive knowledge with our Asia-Pacific Aromatherapy students!

Nayana Morag, expert in Animal Aromatherapy with a focus on horses and dogs as well as author of the successful book "Essential Oils for Animals", starts off our series with a very touching case study about a woman and her beloved dog that was diagnosed with cancerous mammary tumor.

Aromatherapy Q & A with Joie Yiu 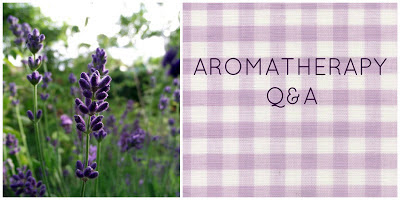 Just before Joie Yiu will host our next Sharing Session on Aromatherapy and Alzheimer's Disease this afternoon, we had a chance to have a quick chat with her.

On APA's bookshelf: Aromatherapy vs. MRSA by Maggie Tisserand 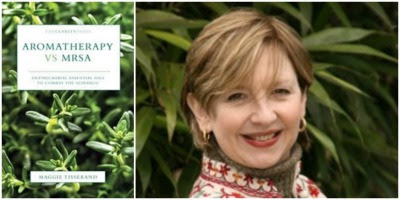 MRSA is a global problem. Known as a "superbug", some fatal cases of MRSA (Methicillin-resistant Staphylococcus aureus) have also been reported in Hong Kong in recent years. In fact, the Centre for Health Protection announced the death of a 35 year-old man only last March who tested positive for a community-associated MRSA infection. The man with a good past health was admitted to hospital for multiple joint pain and fever. He was taken to the intensive care unit but tragically died two days later.


MRSA is a bacterium that causes infections in different parts of the body and becomes increasingly difficult to treat due to its resistance to beta-lactam antibiotics. Many infections are not serious, however, some can be life-threatening especially when dealing with tough, resistant strains of MRSA.
Read more »
Posted by APA at 7:03 PM No comments: 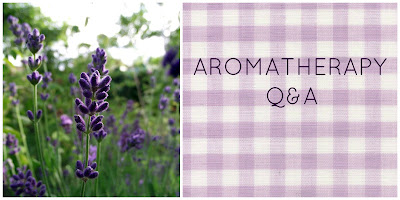 Today we had a little chat with Ada Lui who is not only an early APA Diploma Course graduate, but also founder and owner of "SisaHandmade", a very popular online store for beautifully handcrafted soaps and aromatherapy products.

Ada told us about how and why she decided to study aromatherapy, her first experience with "Vetiver" and her philosophy behind her business: